Yes, if you’ve ever studied any part of the Indigenous histories of North America, the word ‘assimilation’ has an ugly flavor that just kinda lingers on the tongue when spoken. However, in the process of IÃ±upiaq language-learning, ‘assimilation’ refers to the way word stems, endings and postbases get adjusted so that they can work together to create meaning. It’s kinda like putting puzzle pieces together, if the ends of the puzzle pieces had to change in order to fit each other. Because IÃ±upiat words consist of many pieces with differing sounds, assimilation functions to make sounds more closely resemble each other in order to make pronunciation flow better.

In order to understand the assimilation process, we need to understand certain rules, which are explained below. Some of the terminology may be a little daunting, but don’t let that intimidate you. It’s the concept that will help your learning that is the most important, not whether or not you remember what exactly  a uvular consonant  is.

First of all, it is important to know that there are some letter combinations that simply do not work. These are called impossible clusters. Just like Rory and Dean from Gilmore Girls, as good as these letters may look together, they will never end up with each other. The following are impossible clusters in IÃ±upiatun.

These combinations are exceptions because sr and ch are digraphs, which means that two letters are used to represent one sound. So, these two digraphs (two letters representing one sound) are essential one letter of the IÃ±upiat achagat.

3. Sounds from different rows on the consonant grid

For instance, because Å‚ and Ã± are in different rows, they will not be found next to each other in any IÃ±upiat word.

The Weak and Strong Consonants

In IÃ±upiat, there are weak q’s and strong q’s. In the lessons on this site, strong q’s will be capitalized (Q) for easy identification. However, activities may not visually distinguish between strong and weak q’s.

In IÃ±upiat, all k’s are strong.

In IÃ±upiatun, the letter ‘I’ is classified as either ‘strong’ or ‘weak.’ This affects the letters that are around the ‘I.’ The first ‘i’ that we will talk about is the weak i.

There are two main changes that occur with the weak ‘i’

First, you will need to know that the weak i is always alone. You will never find it next to another vowel. Consonants, yes; vowels, no. 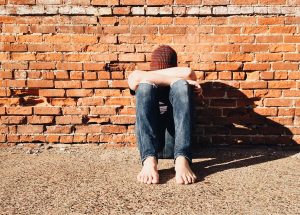 Weak i never plays with other vowels.

But, in the assimilation process, it is inevitable that weak i will be placed next to another vowel. So what happens?

The weak i has to change… 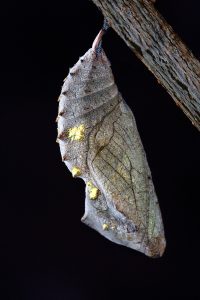 The weak i gets transformed to ‘a’ when placed next to another vowel.

When placed next to another vowel, weak i gets changed to ‘a.’

In some cases, the weak i causes consonants to geminate (to double). This happens with 2-syllable nouns. For instance, take a look at the way the following nouns are dualized.

The palatalization refers to when a sound gets changed so that the sound is articulated against the palate (the roof of the mouth).

In IÃ±upiat, the major factor in palatalization is the Strong i. Remember, the letter ‘i’ is classified as either ‘strong’ or ‘weak.’ This affects the letters that are around the Strong ‘I.’

If the strong i is followed by any of these letters

then those letters get changed to